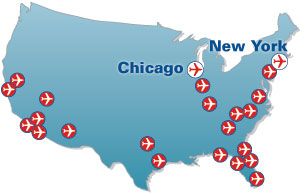 ATP opened four new locations in 2009 at Charlotte, Indianapolis, San Diego, and Tampa. More locations planned for 2010, and remain to be announced.